Herons and Beaver and Dead Livestock... Oh My!

Hello all! I know I haven't been updating you much lately, but I've been on vacation. I'm now on the tail end of my time off, unfortunately.

We bought kayaks this week! They are so great! I'm going to be taking some great pictures of them soon and will post. We kayaked today here in Fredericton for the first time. We've had them down and around by the camp at the lake, but today was the first time we went in town. What a trip!

We went up a river called the Nashwaak. We saw a blue heron just a few minutes into the trip, and we got really close until it flew away, but we kept seeing it all the way up the river. It was the most beautiful scenery, just like out of a movie. And the water was just like glass. So beautiful.

On our return from being up the river (we went about 2kms up), we saw a beaver swimming! I mean we see beaver a lot here, ;-), but I've never been this close to a beaver. We usually just see dams or beaver houses in marshes and bogs on the side of the highway or something, but I've never been this close to one. He was just swimming across the river. Then we saw one of his friends further down river actually propel himself up out of the water and slap his tail down on the water to alert the beavs that we were in the area! Very cool! Then the beaver closest to us did the same thing! They kept doing this until we went past them. It was awesome!

So, where does the livestock come in you may ask? Well we were just about to take the boats out of the water, and we were rounding a turn when I saw what looked like a rock, well kind of like a branch from a tree bent down and stuck on a rock. So I went close to investigate. Turns out the "rock" was a rump of a dead calf! The poor thing must have either died and fell in the river and got swept down and caught on this tree, or it got caught up in the flood and swept down river or whatever. It was awful! And smelled even worse! I've never seen a dead carcass like that before. Terrible, seriously traumatizing. I felt awful for the poor little thing.

That's all for today folks. Tune in again for another episode of "What the heck is that thing?"
Posted by Unknown at 9:52 PM 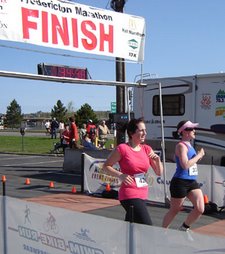